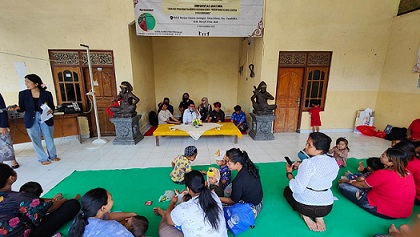 Bangli (17/11/2022), the community service team of International Relations Study Program, Udayana University held a socialization on the theme "Prosperous Families Based on Gender Equality." This activity targets young families who still have children under five. The service team works closely with posyandu and the local health office. The event, which took place at the Banjar hamlet hall of Galiran, Tembuku sub-district, Jehem, began at nine in the morning with the posyandu activities routinely measuring the weight and height of children aged under five. There were at least 35 families present at the site, the majority of whom were young mothers. The prosperous family program in Jehem Village is of concern as an effort to tackle the issue of stunting for children's growth and development. The importance of a balanced parenting style between the roles of mother and father in the family became the subject of socialization whose material was delivered by a resource person from the PMD PPKB Bangli Office, I Dewa Agung Putu Purnama, SSTP. A number of parties who have contributed include: a team of HI lecturers, the FISIP dean, LPPM Unud, students, and local village officials. In addition to counseling, the participants who attended also received a "healthy child" gift package from the committee. The series of community service activities chaired by Penny Kurnia Putri, S.Sos., MA, from the HI Study Program went smoothly, even though the weather was a little cloudy. 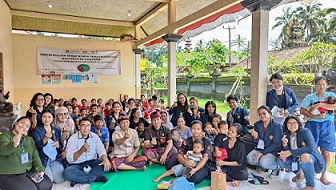 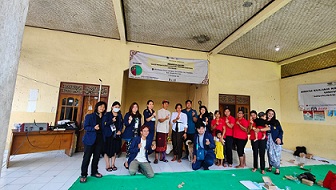 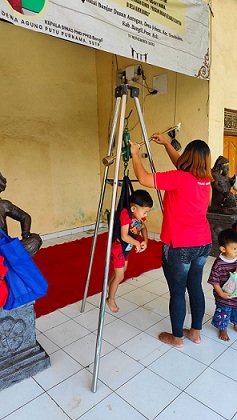 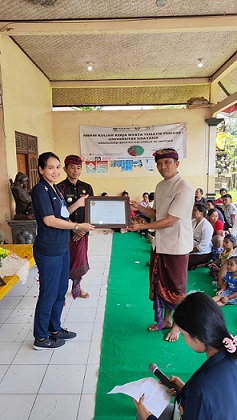