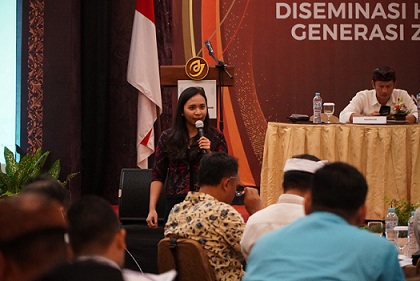 Nusa Dua, Moving on from the collaboration between FISIP Udayana and the General Election Commission of Bali Province, the Udayana FISIP Research Team carried out the dissemination of "Results of the Generation Z Concern Survey in the 2024 Simultaneous Elections" as a form of output from the Udayana FISIP MBKM research with the Bali Provincial KPU. The activity took place at the Plagoo Holiday Hotel, Nusa Dua, Bali. (24/11/2022)

In the dissemination of the results of the electoral survey, attended by the Dean of FISIP Udayana, Dr. Drs. I Nengah Punia, M.Sc., together with the Coordinator of the Political Science Study Program at Udayana University and the Research Team. Also present were August Mellaz as a member of the Indonesian KPU, I Dewa Agung Gede Lidartawan as the Chair of the Bali Provincial KPU, along with KPU officials throughout Bali, representatives of political parties and a number of invited guests. On this occasion, Agung Lidartawan gave a speech and opened this activity.

In his remarks, Agung Lidartawan said that the collaboration between the KPU and the University aims to substantially improve quality in future elections and hopes that the research results presented will benefit all parties. Nengah Punia also hoped for the same thing in his speech.

Previously, FISIP Udayana together with the Bali Province KPU had implemented a Cooperation Agreement (PKS) last May, and this had taken place with a number of activities, namely in the form of internships and MBKM research. During the internship that took place from February to June, 12 Udayana Political Science students produced a prototype of the snakes and ladders election game, which was used as a means of electoral socialization for the younger generation. A letter for the Registration of Creation of a variety of props with the title Snakes and Ladders Election Games from the Intellectual Property Center of Udayana University, was also submitted to August Mellaz at the opening of the dissemination of research results from FISIP Udayana with the Bali Provincial Election Commission.

Following up on these findings, FISIP Udayana and KPU Bali carried out research activities related to political education for Gen Z. This study aims to determine the mapping and approach to Gen Z which has a different character from the previous generation. In his exposure to dissemination of research results, Dr. Kadek Dwita Apriani, S.Sos., M.IP., said that the concern was that the first-time voters in the 2024 election would be voters who belonged to generation Z and had issues of not caring about politics which could increase the potential for abstentions.

The results of this research resulted in the behavior of Gen Z in using social media and also the political behavior of Gen Z. In material related to political behavior and elections of Gen Z, Kadek Dwita explained that Gen Z in Bali has a tendency to pay less attention to billboards which are usually used as a tool for election socialization. , and the majority of Gen Z Bali have a relatively low understanding of elections.

Then related to media habit Gen Z, Dr. Ni Made Ras Amanda Gelgel, S.Sos., M.Sc., said that almost all Gen Z in Bali have cell phones and are connected to the internet, and Gen Z tends to use cellphones for more than 3 hours. Based on the research findings, several recommendations are presented to help increase the effectiveness of socialization and political education for Gen Z as first-time voters. So that later it is hoped that it can help minimize abstentions in Gen Z and also improve the quality of general elections. 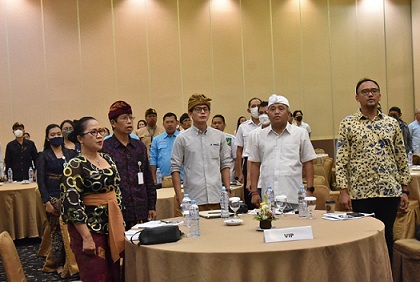 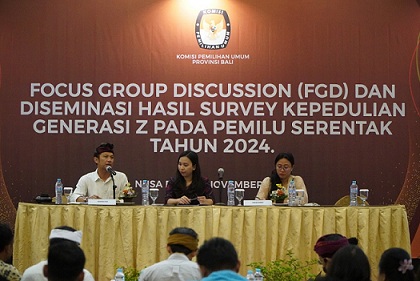 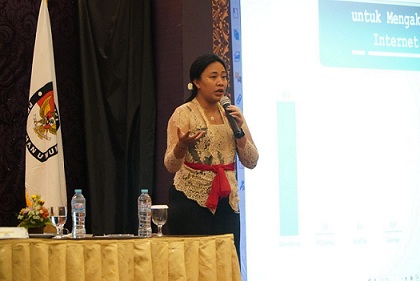 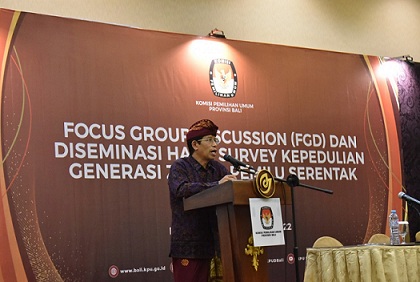 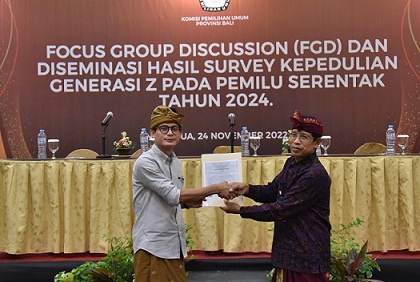