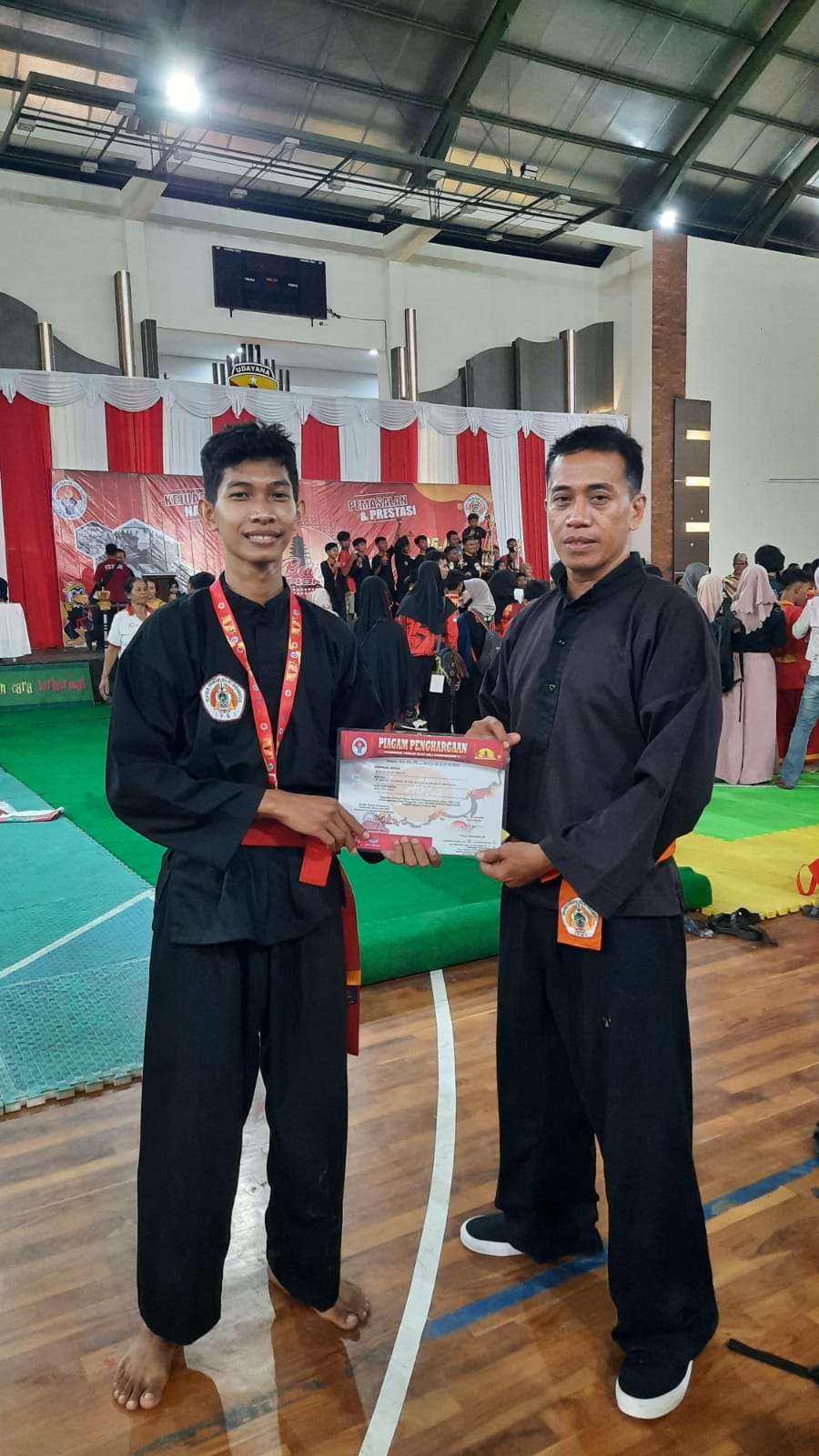 Good news comes to the big family of the Faculty of Social and Political Sciences, Udayana University this Friday (23/9). The reason is, one of the students of the Communication Science study program, namely Ilham Ramadhani, has succeeded in achieving a proud achievement.

The fifth semester student managed to win a bronze medal at the pencak silat championship titled Bali International Championship II in 2022. This event itself was held on July 5 to 7, 2022, which took place at GOR Praja Raksaka KODAM Udayana Kepaon, Bali.

Ilham, who is a member of the Merpati Putih Pencak Silat UKM, Udayana University, succeeded in capturing the hearts of the jury with his self-defense action on the arena. Thanks to being able to show the best performance, Ilham managed to excel from 1565 participants and won 3rd place in the Adult Class B Men's Competition at the championship event.

His hard work plus regular training has now paid off with the achievement of a bronze medal which at the same time contributed to the name of the Communication Science study program and the Faculty of Social and Political Sciences, Udayana University. As additional information, Ilham himself has been in the world of pencak silat for the last eleven years.

Hopefully, Ilham's achievements will inspire all Maroon People to continue to strive for achievements not only academically, but in other fields they are engaged in.